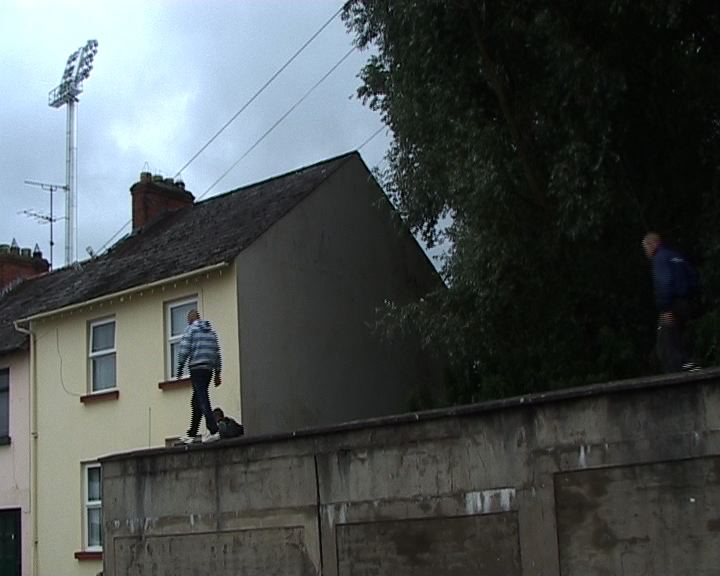 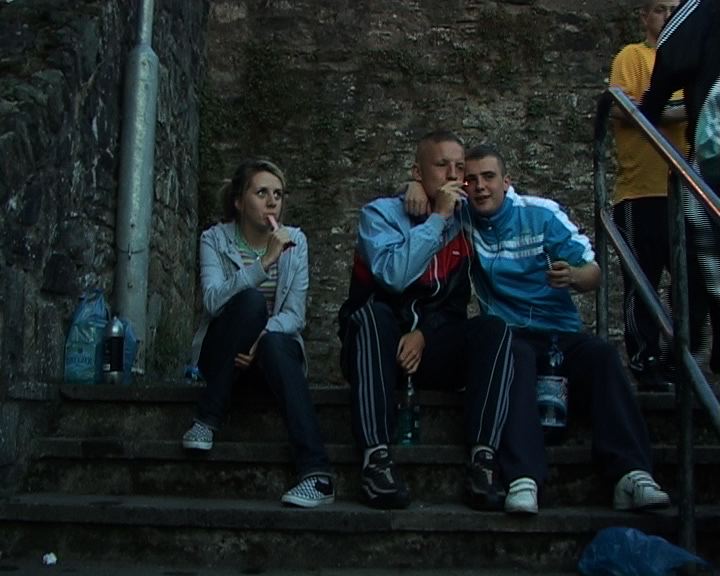 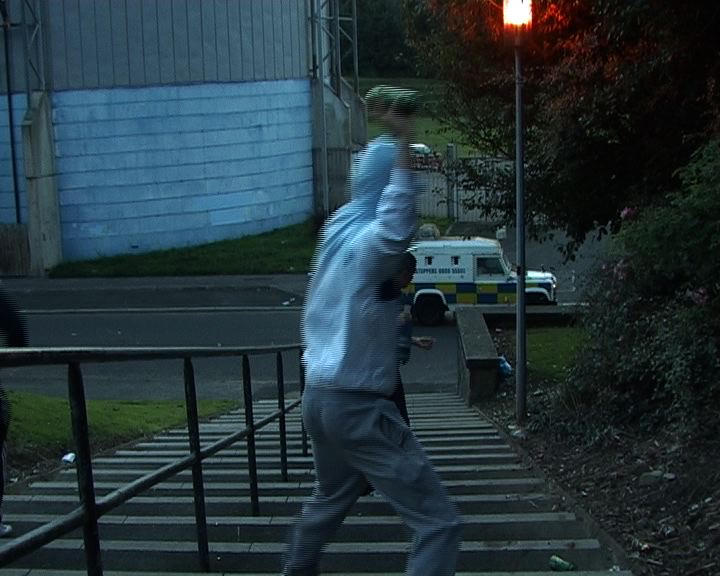 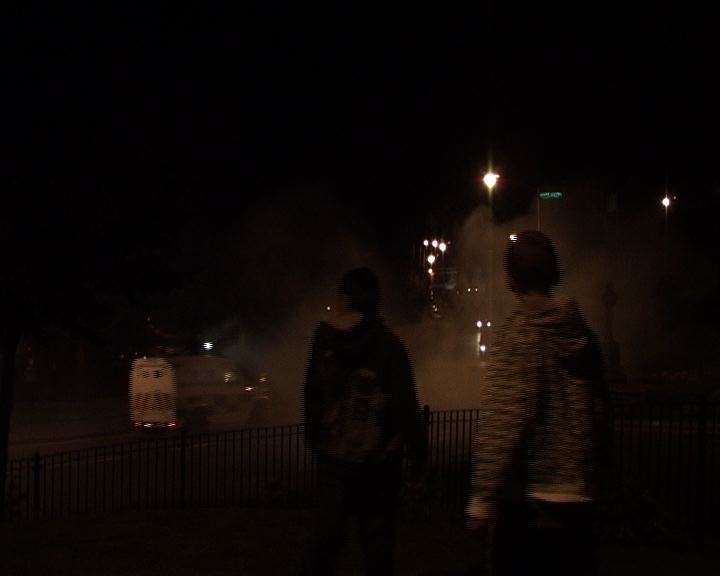 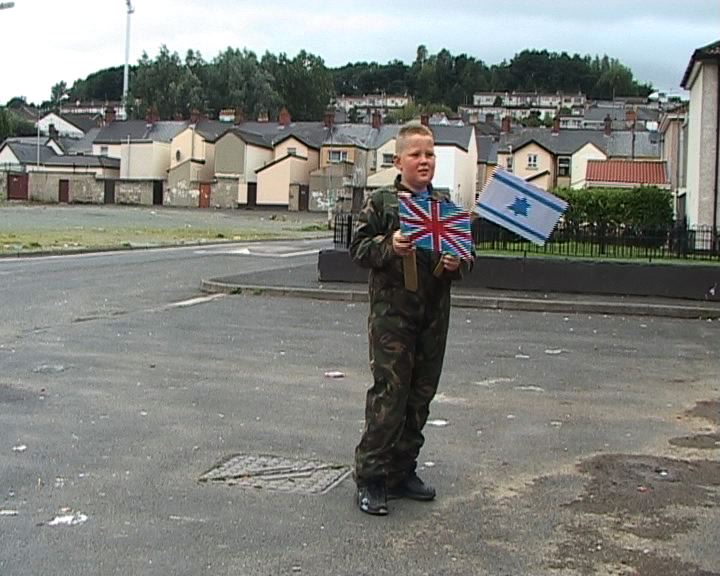 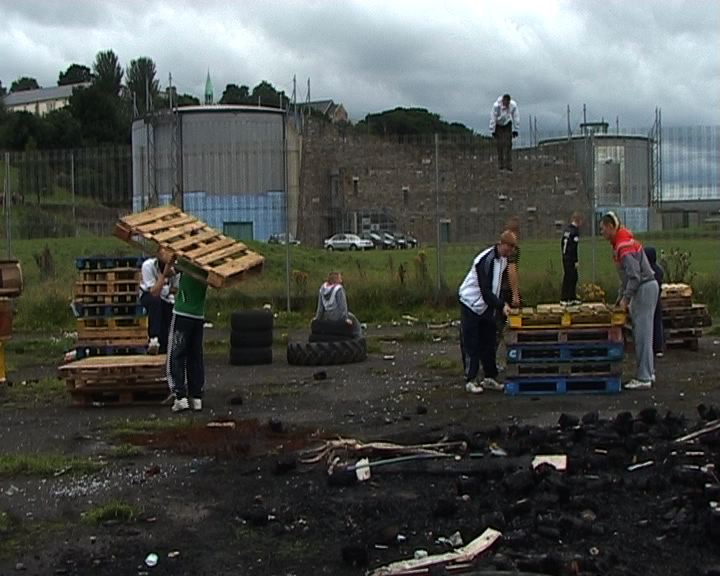 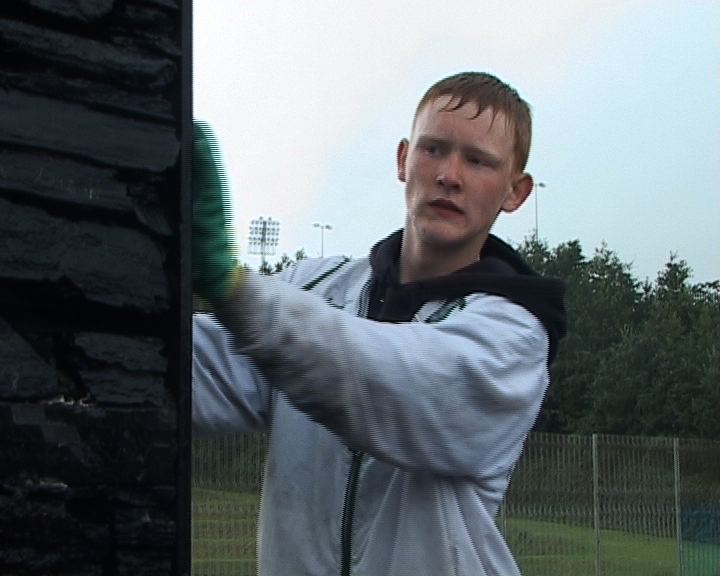 Sectarian strife runs high in Northern Ireland’s second largest city of Derry/Londonderry. The film follows a group of Northern Irish Catholic boys as they build a bonfire for Assumption day. They set it aflame as a direct response to a bonfire organised by Protestant boys on the other side of town.

During this period, flags are burnt and the police place themselves as a physical buffer between the two sides. Yet despite all of this, the building of the bonfire resembles a festive ritual, reminiscent of campfires and the innocence of youth. The younger boys imitate the older boys. The tradition of bonfire-making passes down from one generation to another.